The photograph below shows quite a lot of the House family outside Ashdown Cottage in Fawley, Hampshire. Lilian can be seen in the arms of her father on the left-hand side.

In 1919 the House family moved to Paull, East Yorkshire because George House (Lilian’s father) was posted at Paull Battery. He had just discharged from the Royal Marines. My grandmother remembers her mother Dorothy (Lilian’s sister) telling her a story that they got the train from down south, up to Hedon Station. They then rented a horse and carriage in Hedon, in order to travel to Paull. Lilian would have been about 8 years old at this time.

Lilian, her parents and her 3 siblings first lived at the Coastguard Cottage next to the Lighthouse in Paull. They then lived at Lakes Farm, which is situated on the back road towards Thorngumbald from Paull. My great-grandmother (Dorothy) had once told my grandmother that the farm was only a small holding with pigs and chickens. George used to grow his own vegetables too, which meant they were self-sufficient.

It was from this farm that Lilian and her three siblings would walk to Thorngumbald in hobnail boots, in order to go to school. This used to happen in all kinds of weather. They all used to be scared of walking down a road that is still there today called Dark Lane. At the age of 14, Lilian left school.

The photograph below shows Lilian stood to the left of her mother and her younger sister Dorothy.

Although her early ambitions were to become a nurse, Lilian moved to the Portsmouth area and worked at the N.A.F.F.I. (Navy Army Airforce Institute). I have been told by various family members that the N.A.F.F.I. had a little cafe, in which soldiers could get something to eat. There was often also a little shop that sold necessities and things such as boot polish etc. Lilian’s work there would have included cooking and/or working in the little shop. Whilst in the Portsmouth area, she met a regular soldier called George Ronald Looker. He had been in the army as a volunteer for six years and was presumably recalled for the Second World War. The photograph below shows Lilian aged about 19 years old in her nurse uniform.

In 1936 Lilian Alice House married George Ronald Looker in Basingstoke, Hampshire. The couple went on to have one son, who was born in the house, in which they were living in, at the time. The house was located on Lower Brook Street, in Basingstoke. After a while, the family moved to Louth, which is situated in Lincolnshire.

At the beginning of the Second World War, Lilian’s husband George was sent to France. He was part of the B.E.F. which stands for British Expeditionary Force.  It was at this time that Lilian and her eldest son went to live with Lilian’s parents at Paull, East Yorkshire, as evacuees.

On the 1939 Register, Lilian was living with her parents and son in Paull, East Yorkshire. Lilian’s occupation was recorded as Unpaid Domestic Duties when she lived at 30 Main Street, the home of her parents. It can be seen in the photograph below.

After the Dunkirk period, George served in England for a while, before he was sent to North Africa in 1943.

One place that they stayed in at this time, was the home of Lilian’s Aunt Annie. Annie, who was the sister of Lilian’s father, ran a boarding house in the Portsmouth/Southsea area. Artists and musicians, appearing at the King’s Theatre in Southsea, would often stay there. Also living with Annie was Mark, her brother who was in those days known as ‘deaf and dumb’.

Towards the end of the Second World War, Lilian and her son lived with my great-grandmother Dorothy, who was Lilian’s sister. At this time, Dorothy and her husband William Hunter were living at 36 Fletchergate in Hedon. The house was next to the fish shop that they ran at 38 Fletcher Gate. The photograph below shows the two buildings in more recent times. The fish shop remained a fish shop, but the house became a hairdresser.

Lilian did not stay in Hedon for very long and then moved back to her parents in Paull. For a very short time, Lilian worked at Paull Battery (which is known as Fort Paull). She presumably got a job there because her father, George, had a job there as a night watchman. The Second World War had come to a close, but the American forces were still in the area. One lunchtime, Lilian was walking out of the Battery with a colleague when an American plane flew over the street that they were on. The pilot, who was in some kind of trouble was trying to get out of the plane before it crashed. Whilst trying to get out and get his parachute on, he dropped his helmet and it landed right in front of Lilian. The plane narrowly missed the vicarage roof and crashed in a field near Turpit Lane. The pilot had managed to jump out of the plane, but in desperation did not manage to get his parachute out. He consequently died as a result of the jump. A ring was made out of the glass from the windows in the aircraft’s cockpit and the plane was taken away on a low loader trailer. I am unsure what happened to the pilot, but it must have been awful for Lilian to see a man struggling to get out of a crashing plane, as she wouldn’t have been able to do anything about it!

Whilst living in Paull this time, Lilian started a relationship with George Shaw Weldon, who had been a prisoner of war in Japan for 6 years. George also lived in the Main Street of Paull with his parents. Lilian became pregnant by George, with her second son. She gave birth to him at Hedon Road Maternity Hospital.

I believe that it was shortly after this time that Lilian worked at the Imperial Typewriter Company (more commonly known as just “Imperial Typewriters”). The company manufactured typewriters and the branch, in which Liliam worked at was located on Hedon Road, Hull. Lilian’s youngest son told me that he would stay with his “Auntie Dorry” (my great grandmother) during the day, whilst his mother would go to work. Sometimes Lilian would also join in when it was potato picking season, as that was one of the occupations of her sister Dorothy.

In 1950 Lilian married George Shaw Weldon at the Registry Office in Hull, East Yorkshire. George bought a house with his back pay from the Army and the family of 4 moved into 68 Campbell Street in Hull.

The married couple separated, which meant that Lilian and her sons went to live with her Aunt Annie again, in the Southsea area of England. One memory that Lilian’s eldest son recalled from his time staying there, was seeing a black man take a bite of glass objects and eat them. This was the trick that he performed at the theatres. He would have been boarding at Annie’s house, probably whilst performing at King’s Theatre in Southsea. After a few months, Lilian and her two sons came back to Hull and they lived in rooms at Linnaeus Street.

After a while, Lilian had a reconciliation with George and all 4 of them lived together again in rooms at 31 Wilberforce Street. The house, which was home to a few families, was owned by a man called Mr Logue. 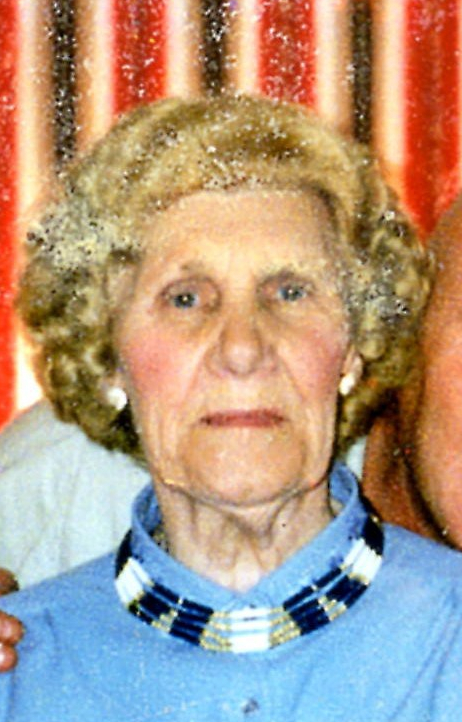 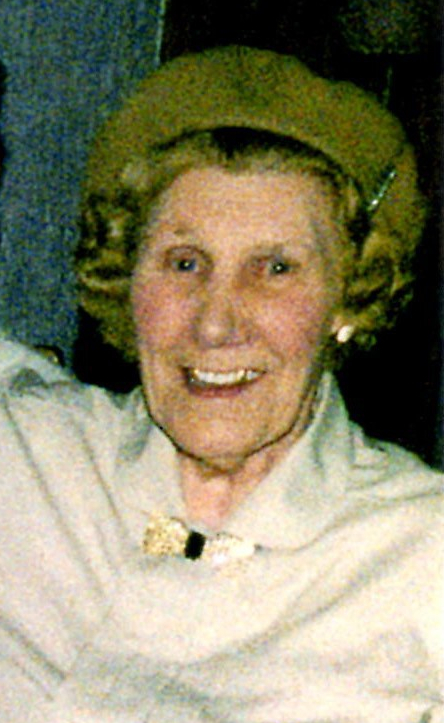 Lilian and her younger sister Dorothy were close to each other and they would often visit each other. My great grandmother (Dorothy) used to love going out and meeting people, especially her family at all times of the day, but she obviously had to prepare my great grandfather’s dinner/tea first, otherwise, he wouldn’t eat! On Tuesdays, they would meet up in town (Hull city centre) and would go for a meal and a chat. On Sundays they were mostly seen at Withernsea eating fish and chips, “people watching” and playing lots of bingo at the amusements. Dorothy would often be making jokes and Lilian would say something along the lines of “Oh, you Dorry!”. Although she would never make the jokes herself, she used to love it, and laugh along with her younger sister.  Dorothy later learnt how to drive, so instead of travelling via bus (like they always used to), Dorothy would pick Lilian up from her home so that they could go for rides out, which sometimes included going to Elstronwick (previously known as Elsternwick), where they would have something to eat.

One memory that my grandmother (Lilian’s niece) recalls was that Lilian would always make an effort with everything she did, whether that be with her food or appearance.  Lilian used to make simple patterns in her mash potato when she served a Sunday dinner, in order to make it look more appealing. Lilian liked going out and really bothered about how she looked. One of her regular fashion items was a hat!

Lilian’s final home was 93 Amberley Close, which is located near Leads Road in Hull. The photograph below shows Lilian at the age of 77 years old. It was taken in the August of 1978. 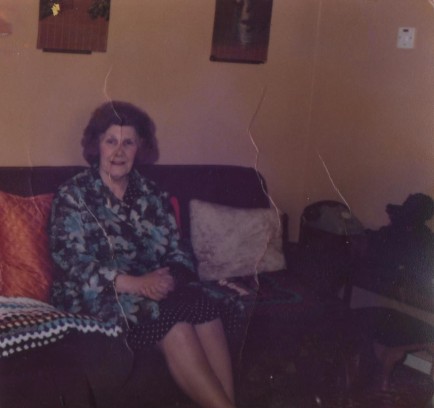 Lilian sadly passed away in her Hull home on 1st April 1989 aged 77 years old. She died, as a result, of Congestive Cardiac Failure. Later that month, she was buried in Thorngumbald Cemetery, East Yorkshire.

Although I did not know my great “Auntie Lil”, I hold the memories that have been passed down from other family members, very close to my heart. She was, in many ways, similar to my great-grandmother and in many ways, very different. She was a very hard working lady, but she always seemed to bother about herself, but most of all she was kind to everyone else. I would have loved to have met her and have a lot of respect for her. Luckily, I am in regular contact with her two sons, and they have taught me about not only their own lives but of their dear mother.

Thank you very much for reading,
Tony.

If you know anything else about Lilian, her life and/or any of your experiences/memories of her, please don’t hesitate to contact me, as I would love to learn more. Thank you.

View all posts by Tony Beacock